Archive for the ‘Activities – 2012’ Category 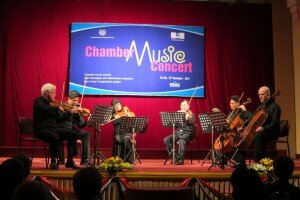 News report from Chamber music concert to be aired at VTV4 in Vietnam, November 20.

We are happy to share with you friends that a news report from the chamber concert on the 15th November 2012 will be aired on VTV4 at 21:10 today 20th November 2012 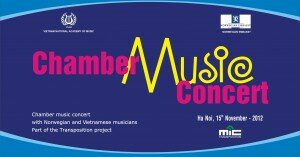 A lot of activity in November!

Take a look at our activities in November 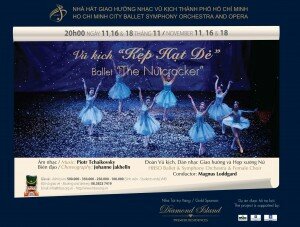 Coming up in November: The Nutcracker in HCMC!

On Oct 12 and 13, the VNSO supported by six musicians from the Royal Norwegian Military Band will perform Gustav Mahler’s Symphony no 7 at the Hanoi Opera. 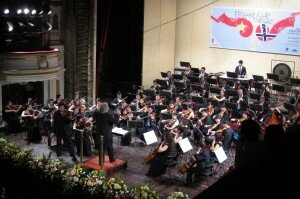 Friendship concert in Hanoi a success! 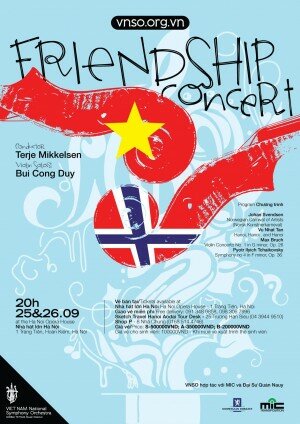 We are proud to announce that Transposition, in collaboration with Vietnam National Symphony Orchestra and the Royal Norwegian Military band arranges a Friendship Concert at the Hanoi Opera House the 25th and 26th of September. 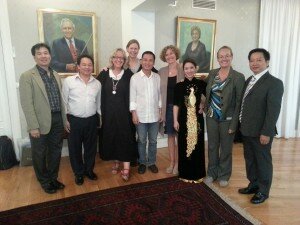 After two years of studies, it was finally time for the final excams and graduation for the five teachers Phan Viet Cuong, Nguyen Nga Phuong Thi, Le Anh, Pham Son Truong and Nguyen Anh Tuan from VNAM in Hanoi. 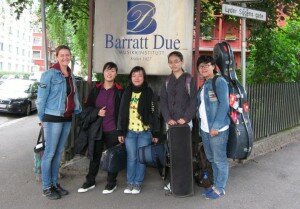 We are happy to announce that the vietnamese stringquartet “I and You”, No Phuong Nhi, Hoang Ho Khanh Van, Phung Hoai Thu, Tran Hong Nhung and their teacher Phan Thi To Trinh arrived in Norway on Sunday. 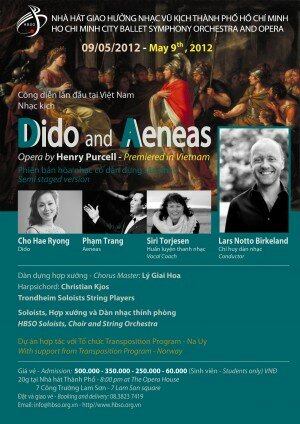 MAY: The opera Dido and Aeneas permieres in HCMC 09.05.

APRIL: Preparing for Dido and Aeneas.

Vocal coach Siri Torjesen has been working from Nesodden (outside of Oslo) by Skype with the singers of HBSO and Paul Arlidge has been in HCMC to perfection the Choir’s English pronunciation.